March 28, 2015 / cristolaverdad
This entry is part 1 of 3 in the series Ecumenical Movement & Evangelicals

Now the Spirit speaketh expressly, that in the latter times some shall depart from the faith, giving heed to seducing spirits, and doctrines of devils.  1 Tim. 4:1

Sound doctrine is very important to God. His word instruct us to persevere, to hold fast to the doctrine that was given to the apostles. 1 Corinthians 15:1-2, 1 Timothy 6:3-5, 2 Timothy 1:13, 2 John 1:9-11. We can avoid apostasy (departing from the faith) by learning & searching the Words inspired by the Holy Spirit (the bible), and comparing them with what we hear from others.  An absence of careful examination of the words of men in the church today is leading to a great falling away from the truth of the gospel.

These were more noble than those in Thessalonica, in that they received the word with all readiness of mind, and searched the Scriptures daily, whether those things were so.  Acts 17:11

END_OF_DOCUMENT_TOKEN_TO_BE_REPLACED

March 28, 2015 / cristolaverdad
This entry is part 2 of 3 in the series Ecumenical Movement & Evangelicals 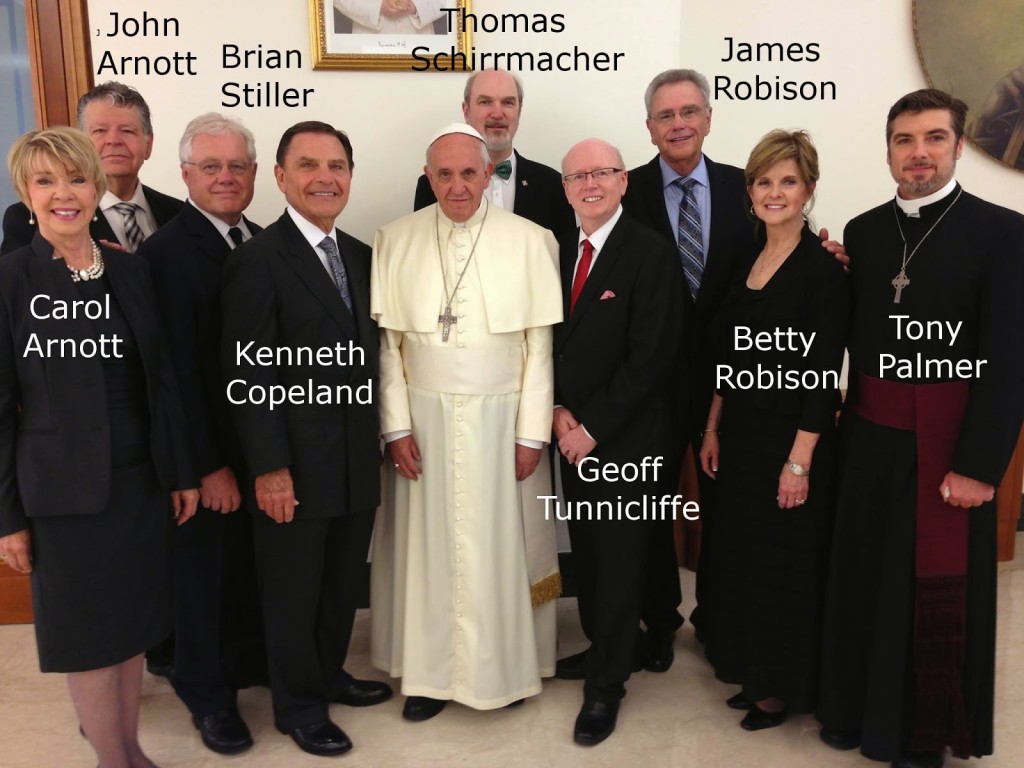 END_OF_DOCUMENT_TOKEN_TO_BE_REPLACED

March 28, 2015 / cristolaverdad
This entry is part 3 of 3 in the series Ecumenical Movement & Evangelicals