February 1, 2020 / cristolaverdad
This entry is part 3 of 5 in the series Bible Study
Bible Study

How to start studying the Bible ?

1/ As we mentioned in Pt. 1 first than anything, we need to be born again in order to receive the Holy Spirit of God who will teach us and help us understand His Word.

“But the natural man does not receive the things of the Spirit of God, for they are foolishness to him; nor can he know them, because they are spiritually discerned.” 1 Corinthians 2:14

Many who are not born again read it & twisted to fit their preconceived ideas, like Jehovah Witnesses, Mormons, Gnostics/Masons, etc. In our Born Again series you will find how we are born again, & there we will read passages of the Book of John, chapter 3: 1-21.

2/ We should start our bible study (in prayer) by first learning Jesus’ teachings & instructions, found in the New Testament. Jesus came to earth & left especial instructions (His doctrine) to all of us His followers.

“The high priest then asked Jesus about His disciples and about His doctrine.” John 18:19

“And He taught them many things by parables, and said unto them in His doctrine: ” Mark 4:2

“And the scribes and chief priests heard it, and sought how they might destroy Him; for they feared Him, because all the people were astonished at His doctrine. Mark 11:18

“And they took him, and brought him unto Areopagus, saying, May we know what this new doctrine, whereof thou speakest, is?” Act 17:19

“But God be thanked, that ye were the servants of sin, but ye have obeyed from the heart that form of doctrine which was delivered you.” Romans 6:17

The English word “Bible” comes from the words ‘byblos’ in Greek & ‘bíblia’ in Latin, both meaning ‘book’. The Bible is divided in Old Testament & New Testament (or New Covenant). The Old Testament is concerned with the nation of Israel, their covenant with God, & the anticipation of their Messiah. The OT was finished 400 years before Jesus came to earth.  The New Testament started to be written after Jesus die & talks about the arrival of Jesus the Messiah, His life, teachings & our new covenant with God through His sacrifice. The New Testament is composed of 27 books, and they are divided in 5 categories: 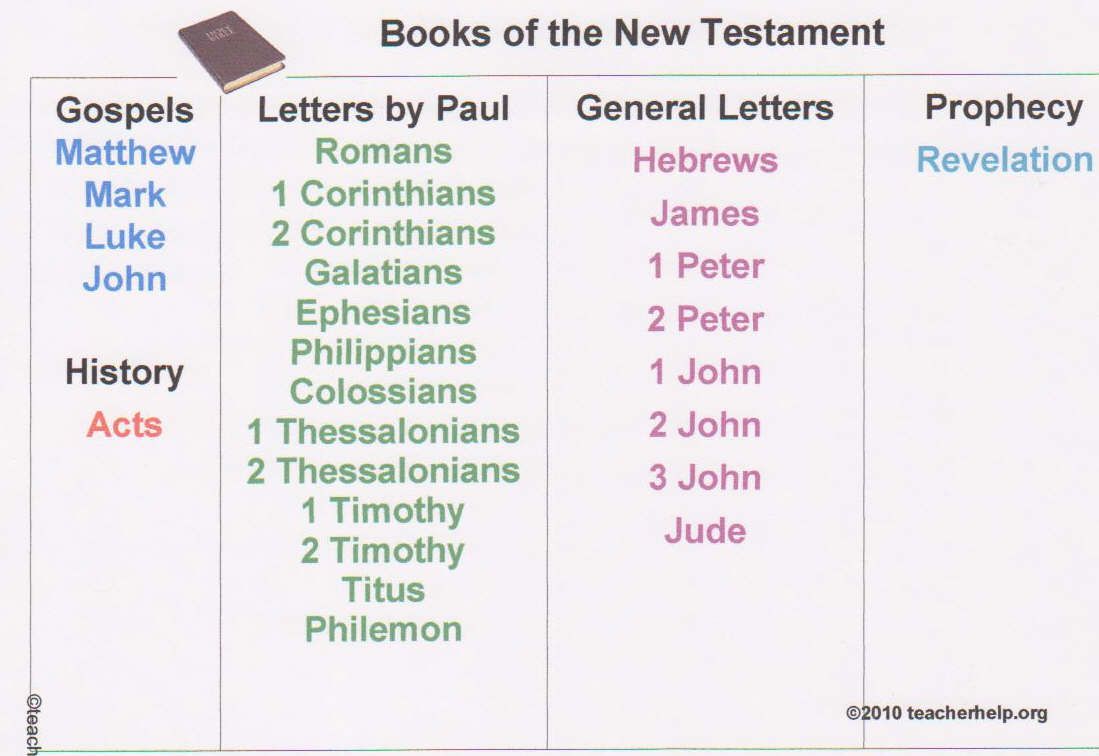 ” Whosoever transgresseth (G3845 = depart, leave, be turned from), and abideth (G3306 = remain, stay, continue) not in the doctrine of Christ, hath not God. He that abideth in the doctrine of Christ, he hath both the Father and the Son. If there come any unto you, and bring not this doctrine, receive him not into your house, neither bid him God speed: For he that biddeth him God speed is partaker of his evil deeds.”  2 John 1:9-11 .

3/  One of the foundational teachings (doctrine) that needs to be well understood is the Gospel of salvation. It is important to understand that There Is No Other Gospel (There is only one).

Jesus said: “Therefore whoever hears these sayings (Logos-G3056= words) of Mine, and does them, I will liken him to a wise man who built his house on the rock: 25 and the rain descended, the floods came, and the winds blew and beat on that house; and it did not fall, for it was founded on the rock. . .” Matthew 7:24-27

Sound doctrine (teaching found in the bible) is important because what we believe has an impact on what we do. There is a direct correlation between belief and behavior. Sound doctrine leads to life. Jesus warned us to be wise & build our lives on the solid rock of His words/doctrine, not doing so will be a foolish thing that will cause us a great fall. Unsound doctrine leads to apostasy & to spiritual ruin.

Overview of the Bible

“because what may be known of God is manifest in them, for God has shown it to them. For since the creation of the world His invisible attributes are clearly seen, being understood by the things that are made, even His eternal power and Godhead, so that they are without excuse, because, although they knew God, they did not glorify Him as God, nor were thankful, but became futile in their thoughts, and their foolish hearts were darkened. 22 Professing to be wise, they became fools, 23 and changed the glory of the incorruptible God into an image made like corruptible man—and birds and four-footed animals and creeping things.” Romans 1:19-23

Most people believe there is a God creator of all things, but some people still don’t believe the Bible is inspired by God or is the written Word of God.

Despite the difference of hundreds and even thousands (1,500) of years among the men who wrote the Bible under the inspiration of God, men who did not get to know each other, the Bible in the original manuscripts does not present contradictions, because the source is the same, Almighty God, & God does not change.

Men are not consistent in their thoughts, nor with each other, we cannot agree on many things even if we belong to the same era, generation, social class or culture, some people say one thing others say the opposite, we make mistakes, how are we going to trust our spiritual life to a human being? We can’t, we would be lost. That is why God left us his Word, the Bible, as a guide, is our manual for daily Christian living.

But their minds were blinded. For until this day the same veil remains unlifted in the reading of the Old Testament, because the veil is taken away in Christ. 15 But even to this day, when Moses is read, a veil lies on their heart. 16 Nevertheless when one turns to the Lord, the veil is taken away. 17 Now the Lord is the Spirit; and where the Spirit of the Lord is, there is liberty.” (2 Cor. 3:13-17).

The Bible contains in itself the proofs of its Divine origin, some examples:

1. No other book in the world (religious or not), contains prophecies such as the Bible have, of which around  80% have already been fulfilled; and still some prophecies await to be fulfilled. There is more than a hundred of prophecies fulfilled only in the person of Jesus Christ.

2. Before man discovered that the earth was round, the word of God had revealed that to us in Isaiah 40:22
“It is He who sits above the circle (H2329=circle, vault) of the earth“. And in Job 26: 7 says: “(He) hangs the earth upon nothing.” Atlas did not carry it on his shoulders as many in the past believed for years.

3. Thousands of archaeological excavations prove the truth of the stories in the Bible, they have never been able to contradict it despite the fact that many have tried over the years to prove their humanistic theories.

4. Despite having been written over a period of 15 centuries, by men who lived in different parts of the Middle East who did not know each other to even agree on basic concepts, men who spoke different languages Hebrew, Greek and Aramaic, men with different occupations, different social classes, yet their inspired thoughts are consistent with each other, and do not present contradictions, the Old and New Testaments fit perfectly together, and the main theme of both is the person and work of our Lord Jesus Christ (the awaited Messiah).

2/ What portions of the Bible we need to learn first & why?

4/ What is one of the foundational or basic teachings that need to be well understood?