Sound doctrine is very important to God, in His Word He directs us to teach it, & hold fast unto it ( 2 John 1:9-11, Titus 2:7,  etc.). For that reason it should also be important to us & it needs to be guarded and contended for. (Jude 3-4, Rom. 16:17-18). More often people depart from the truth (apostasy) because they did not have sound doctrine as their basis.

“Take heed unto thyself, and unto the doctrine; continue in them: for in doing this thou shalt both save (G4982=preserve, rescue) thyself, and them that hear thee.” (1 Timothy 4:16).

The Latter Rain Revival aka New Order of the Latter Rain (1947–1952), happened during two separate healing ministries of William Branham & Oral Roberts (In November 1947 Oral Roberts claimed God “appeared to him” and directed him to heal the sick).  Groups of people influenced by their teachings formed what is known the ‘Latter Rain Movement‘. They claimed this was the latter rain referred in Jeremiah 3:3, Joel 2:23, and Hosea 6:3. Leaders of the movement in Canada influenced by Branham were Percy Hunt & George Hawtin (who preached British-Israelism among other errors).

William Branham (1) (1909-1965). Branham claimed that in May 7th 1946 he had an angel visitation to announce & later direct his  healing ministry. He taught the ‘Serpent Seed‘ heresy (Sermon Sept. 28/58 at Branham Tabernacle, Jeffersonville, Indiana), a doctrine found in Kabbalah, Talmud & Gnostic gospel of Philip. He taught annihilationism (no hell),  predestination, didn’t believe in the Deity of Christ but Kenosis, a Gnostic doctrine that says Jesus was a man not God until baptism at 30 year of age, when God (Father alone, a spirit) indwelled in him, a human body or tabernacle. Jesus was just a vessel carrying the Divinity & performed miracles & die as a man.

According to Branham Jesus was not eternal because he had a beginning. Branham didn’t believe in the Trinity. He said: ‘Let me say this with Godly love. The hours approached where I can’t hold still on these things no more… Trinitarianism is of the devil. I tell you that – Thus saith the Lord.” (William Branham, Footprints on the Sands of Time: The autobiography of William Marrion Branham, Part 2 , & Jeffersonville, IN: Spoken Word Publications, 1975, 606-7). Branham recognized P. Lawrie Mathakrishna as the fulfillment of Christ’s Second Advent!

In late 1950’s Branham began talking about ‘speaking things into existence’, & said he created 2 squirrels. Branham claimed he was ‘Elijah’ the last messenger of Laodicea & the messenger of the covenant. Also taught that the Word of God was given in three forms, the zodiac, the Egyptian pyramids, and the written scripture. (Al Dager, Vengeance is Ours, Page 59).

-The Assemblies of God in 1949 officially rejected the Latter Rain/ Manifest Sons of God doctrine as “heresy”.

O. Roberts & W. Branham were not the first  faith healers, but there were others before that influenced them. Branham was influenced by Franklin Hall , E.W. Kenyon & also claimed to be the successor of both Smith Wigglesworth & John Alexander Dowie:

John Alexander Dowie in his robes as Elijah the Restorer. 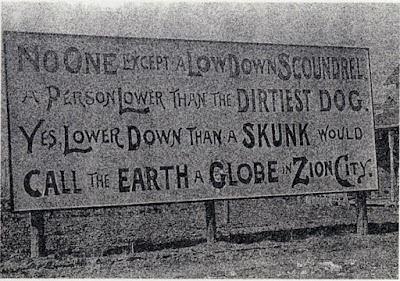 In 1947 when ‘Later Rain revival‘ started, the Fuller Theological Seminary was founded by Charles E. Fuller, a radio evangelist & preacher Harold Ockenga. They were influenced by Branham’s teachings & promoted Dominionism.  C. Peter Wagner (1, 2) was a teacher there for 30 years (1971 to 2001), he was professor of Church Growth movement & taught Dominion Theology. Wagner was a head apostle of the New Apostolic Reformation (NAR) that named their movement.  In 1998 he founded Wagner University. 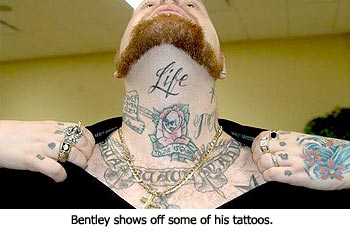 Bentley claims that God told him to get the tattoos and piercings. But check (Lev. 19:28). NAR apostles disregard Bible doctrine because claim they are the new apostles, validated by their ‘Signs & wonders’.

All these apostles have umbrella organizations or apostolic networks that provide training , ‘covering’ & oversight to ministers, churches, schools, businesses, etc.  In exchange, besides financial contributions people is required to attend the ecumenical School of Healing and Impartation I & II of Randy Clark (or view the DVD’s) as well as reading books requirements, which include 5 volumes of ‘Supernatural: The life of William Branham‘ by Jorgensen, ‘E.W. Kenyon: True Life Story‘  by Joe McIntyre & F. F. Bosworth book ‘Christ the healer‘).

They are ‘prophesying’ a coming ‘Revival’ or Second Pentecost, but this time it seems according to them, that it will include Catholics & very possibly other faiths as well, so we know it’s fake. (Could a Mary apparition be on the way?).

UPDATE – Aug. 2019: I just found out that ‘Michael Brown, John Arnott and other leaders of the Toronto and Pensacola revivals will be Lighting the Fire Again for a “Pensacola Awakening” on September 4-7, 2019‘. 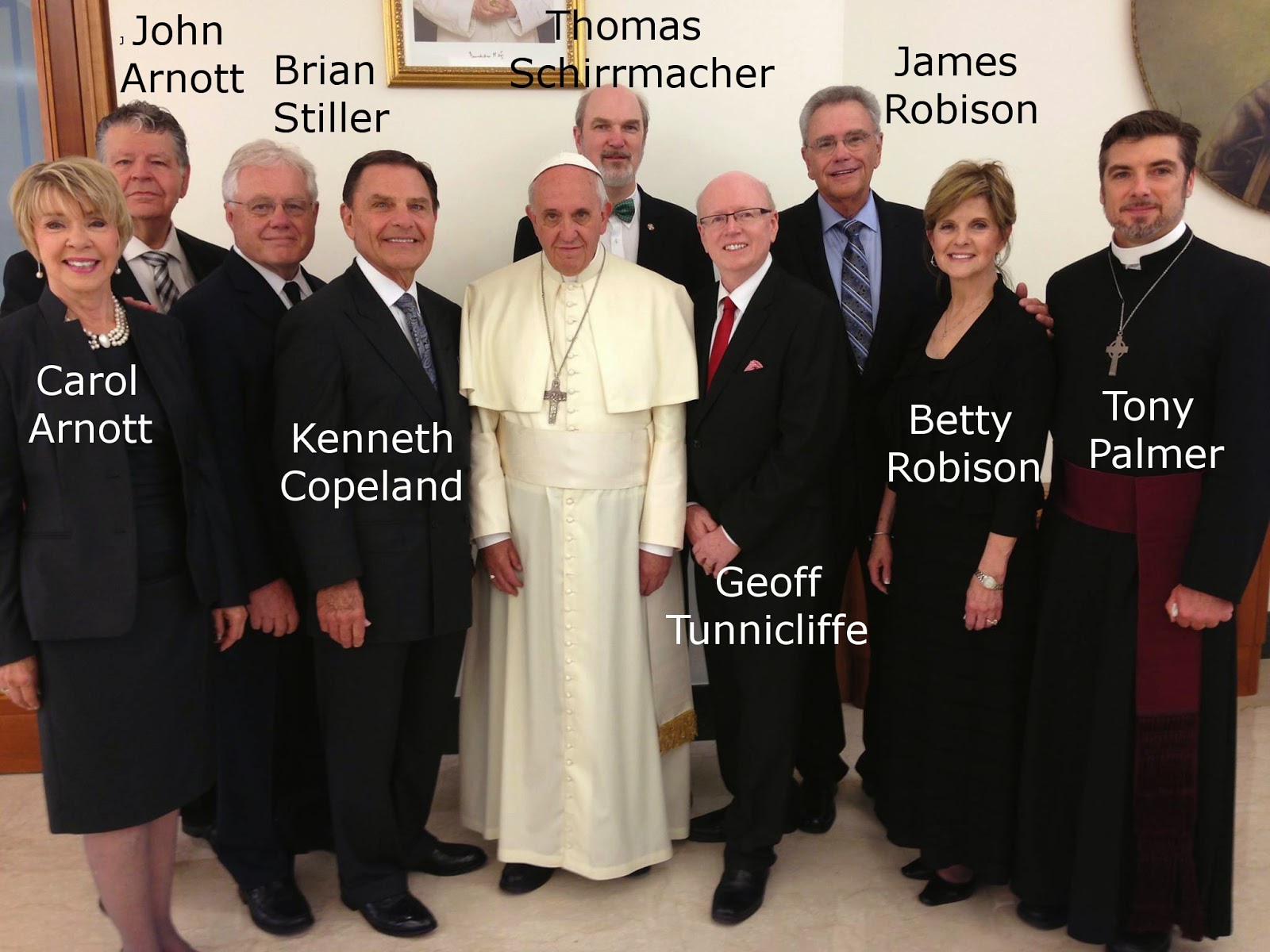 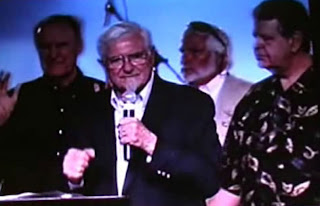 C. Peter Wagner at an anointing service for Todd Bentley. Rick Joyner behind him & John Arnott on his left. Please see video

According to NAR apostles, we need to learn how to restore the blessing of our lost Biblical inheritance by embracing the Jewish roots of our Christian faith. As you can notice the roots of these groups are not good at all! Today these different groups that promote Gnostic doctrines NAR, WoF, Hebrew Roots, Neo-Calvinists, Emergents, etc. are merging together & aligning with the Pope to form the New World Religion. They know many Christians will never submit to the Roman Pope, for that reason I believe big changes are coming soon to the Catholic Church, & then we’ll witness even the greatest apostasy when many will abandon their faith in God for Gnosis (esoteric knowledge).

O Timothy! Guard what was committed to your trust, avoiding the profane and idle babblings and contradictions of what is falsely called knowledge (G1108=Gnosis). 1 Timothy 6:20.

Doctrines that came from the Latter Rain Movement:

For ‘false christs’ (G5580= false anointeds) and false prophets will arise and show great signs and wondersto deceive, if possible, even the elect. Matthew 24:24, Mark 13:22.