Masonry in the Church? – Counterfeit Christianity

A number of converted witches are going about the country today, warning that Satanists and practicing witches are infiltrating the church — especially charismatic churches. Some of these former witches have authored books telling of a diabolical plot by evil witches to enter congregations posing as super-spiritual Christians. Their purpose is to deceive and shipwreck pastors and to lead multitudes of naive believers into occult worship.

Many of these evil witches, they say, are already firmly established in numerous churches, controlling both the pastor and congregation and causing great confusion, wickedness, divorce — even death. We have received many letters in our office from people who say they believe their pastor must be under some kind of demonic influence — and I believe many of these letters are very legitimate.

Notice the 2 owls, the owl is a symbol of the occult. The owl has direct links back to the worship of Ishtar (Isis), or the Queen of Heaven. It represents earthly wisdom, knowledge (Gnosis).  “This wisdom descendeth not from above, but is earthly, sensual, devilish” James 3:15
The Obelisk: Symbolized the sun god Ra, an IDOL, and during the brief religious reformation of Akhenaten was said to be a petrified ray of the Aten, the sundisk. It was also thought that the god  existed within the structure or obelisk. So it should raise a red flag when you see a Christian using an obelisk or a sundisk (check symbol used by Cindy Jacobs  GI). For example: We can find one made of wood in the lessons of the popular study  ‘The True Project‘ by Calvinist teacher Del Tackett.  According to their page the project is described as a nationwide initiative designed to bring the ‘Christian’ worldview to the body of Christ. Why should we be interested in any of these “world” views,  shouldn’t we simply study the Bible, or isn’t the bible enough?
– You will find the obelisk (check this one in min.1:47 of trailer) in every lesson, on top of the table. This 13 hours lessons (13 is a sacred masonic number) draw viewers into Dominionism/Re-constructionism Theology. Also there are so many Masonic Symbols in the lessons that it is impossible to name all of them here.   In a video presentation about the Project, Del Tackett mentions that ‘we should trust that God gave us a ‘framework of truth’ from which we can stand upon & live.’. . ??  But.. we only need Jesus (His Holy Spirit), & stand on His Word to live! We live because the sacrifice & blood of Jesus, not because of a framework!!  If that was true, then it wouldn’t be necessary for Jesus to come, suffer death in a cross and shed His blood for humanity.  According with the Word of God, the Holy Spirit is the Spirit of Truth, our teacher, He guide us unto all truth- John 16:13, then what we need is to learn to be led by the Spirit of God, not a man-made framework!

Also, what Mr. Tackett calls a framework of truth given by God, is in reality  a pagan temple that was used to worship an IDOL, a false god (a lie – the opposite of truth)!   See pictures below.  Compare also with a Masonic temple.

The Truth Project ‘Framework of truth’

The title of the lesson 1: ‘Veritology– What is truth?’ – The term doesn’t exist in dictionaries, he says he made it up, ( I have heard the same from others), and the logical meaning of the term is: ‘study of the truth’. In Roman mythology, Veritas  which means truth, is the goddess of truth. Another idol, another lie used as a ‘truth’ from God to deceive Christians. By the way there are many Masonic Lodges named after Veritas, which really represents ‘gnosis’, Veritas for them is literally the revelation of gnosis in the form of a woman. See more on : The Truth Project – Whose truth?

“and what agreement hath the temple of God with idols? for ye are the temple of the living God; as God hath said, I will dwell in them,and walk in them; and I will be their God, and they shall be my people. Wherefore come out from among them, and be ye separate, saith the Lord, and touch not the unclean thing; and I will receive you,” 2 Cor.6:16-17

“To understand why the obelisk is so important to masons one has to understand the Masonic version of Egyptian mythology behind their rituals.  . . . To Freemasons groping for mystic enlightenment in the 1800’s the obelisk was the only architectural symbol of Osiris still in existence. And if, as some Masonic historians claim, Hiram Abiff is really Osiris reborn there could be no greater proof of Masonic ascendancy in the modern world than Egyptian Obelisks thrust by masons into the heart of the West’s great cities.” More here

Some of their symbols

Notice the All-Seeing Eye emblem of Osiris/Horus, the diving dove, and a cup with the cross of Malta.

The descending dove is seen in many churches and organizations, but we also understand that some may use it without knowing the meaning.

The O.T.O symbol has a Maltese cross & TBN uses a Celtic cross

Updated: The Celtic Cross, was not a Christian cross but it’s believed to be an astrological measurement instrument used by navigators, builders of pyramids & also by sun worshipers (Celtic Druids).  More here. 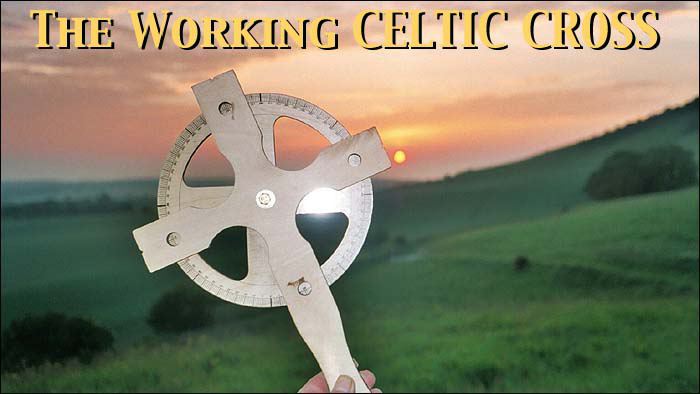 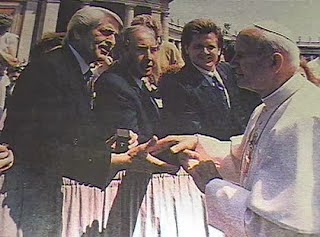 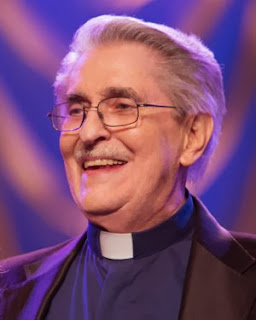 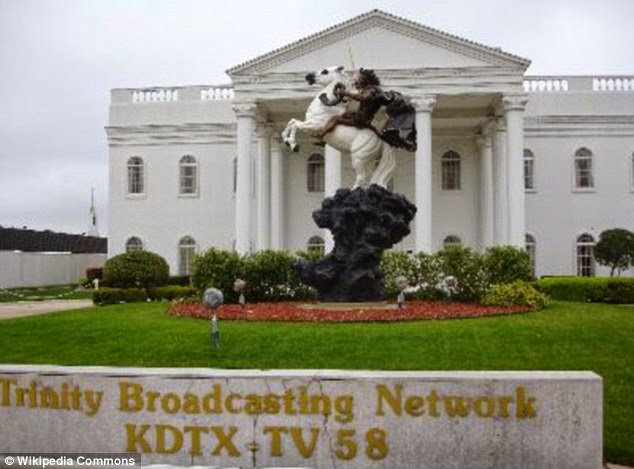 TBN building in Texas, compare with Masonic Temple below 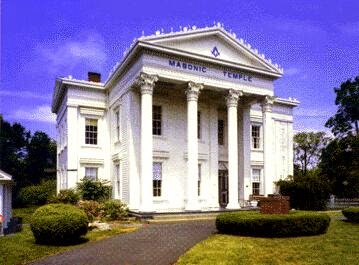 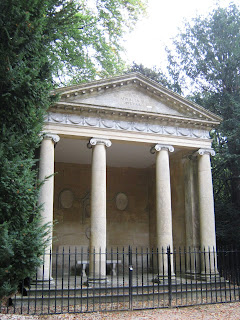 Replica of Temple of Artemis (Diana for the Romans) Acts 19:23-28 , in Blenheim Palace Park, Oxfordshire, England,UK

Irish-born  James Hoban, and Pierre L’Enfant, both Freemason architects, chose the Leinster House, the birthplace of Irish Freemasonry, as the model for the White House.

The Cross and Crown is a Masonic Knight Templar’s  (32-33rd degree) symbol, & most of the time the cross have a ‘Fleur de Lis‘ at its ends, which happens to be another Knight Templar’s symbol.  The Cross & Crown was used by Adventist, founders starting with William Miller were Masons, by Jehova’s Witnesses’s  who’s founder Charles Russell, was a 32o degree mason, also it is use by Christian Science (Founder Mary Baker Eddy was helped by Mason & it’s believe she was a female Freemason. George Channing, the editor of The Christian Science Journal was a mason).  Ron Hubbard (founder of Scientology) was a 33rd degree Freemason, as well as was Joseph Smith (founder of Mormons). We can notice most pseudo-christian sects in America were founded by Freemasons .  After the 30th degree, most Mason take a vow with the sword in hand to destroy true Christianity, that’s why is so important for them to infiltrate the church, posing as ministers of righteousness.  See: Masonry: Conspiracy against Christianity.

For such are false apostles, deceitful workers, transforming themselves into the apostles of Christ. And no marvel; for Satan himself is transformed into an angel of light. Therefore it is no great thing if his ministers also be transformed as the ministers of righteousness; whose end shall be according to their works. 2 Cor. 11:13-15 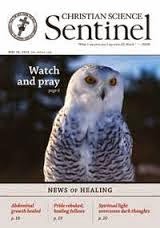 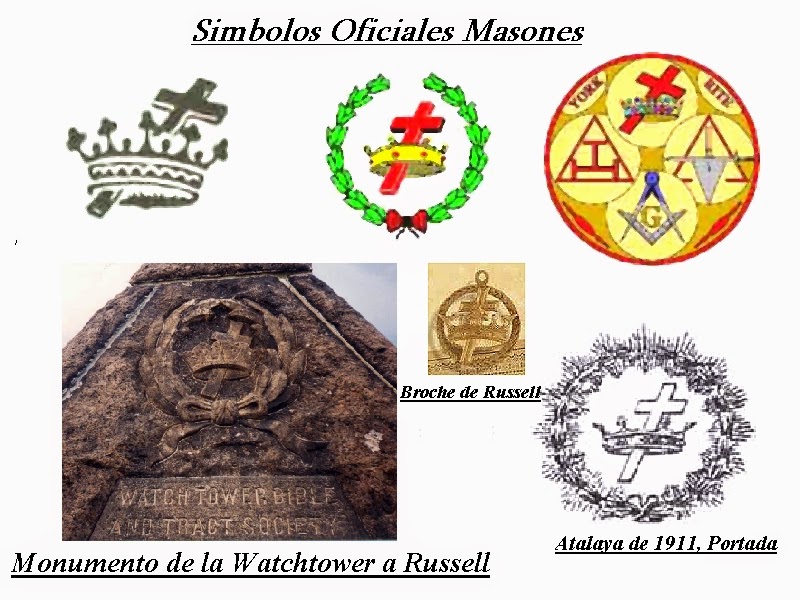 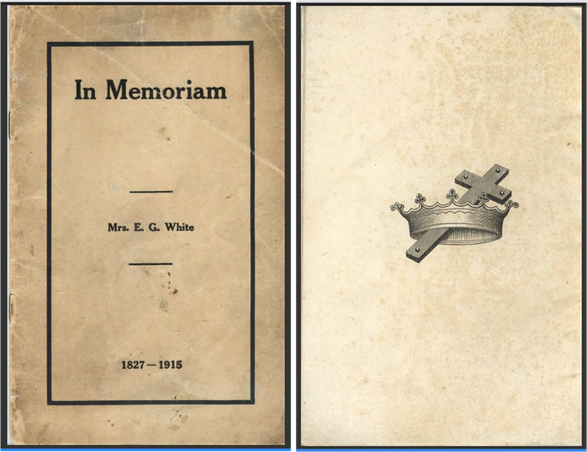 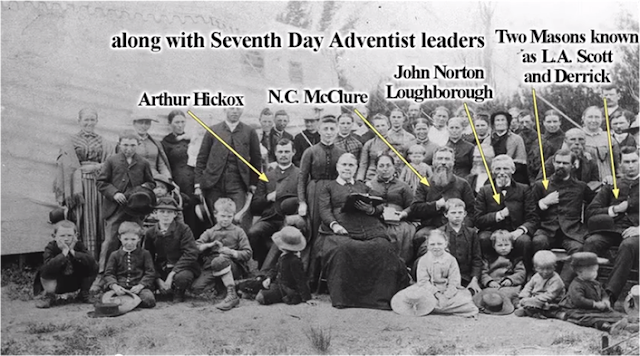 “May I once more quote the following source, which I believe sums up the sheer apostasy today:

“Freemasonry, far from declining, has been spreading. Most alarming, perhaps, is its penetration deep and wide into the established ‘reformed’ churches and the new ground it is breaking in the Evangelical fellowships of this and other lands” (2 p. 16).

So not only has freemasonry infiltrated some of the reformed churches, but according to Adam Weishaupt, the former Jesuit trained Illuminati high priest:

“The most wonderful thing of all is that the distinguished Lutheran and Calvinist theologians who belong to our order really believe that they see in it (Illuminati) the true and genuine sense of Christian religion. Oh, mortal man, is there anything you cannot be made to believe?”

May I suggest that those who are in reformed churches start asking their pastors and elders whether any of them are practicing masons or members of the Illuminati? If the answer comes back yes, may I suggest they run to the nearest exit. And this would have to include all denominations for that matter, for we know that the Vineyard and Southern Baptists have masonic pastors and elders too.”  Freemasonry & their ecumenical friends

The spiritual battle between good and evil is real, we pray that our Lord Jesus Christ will give you revelation and understanding of what is going on and that He will protect you and your love ones.  As the Holy Spirit leads you, please pray also for this ministry, because exposing the enemy makes us easy targets, thank you.

All Shriner are Masons – What they think about Lucifer

For Masons that claim to be Christians

The Godfather, Knight Templars or crusaders

The Force, pg.24, see one of Jesuit’s symbols

Freemasonry and the Christian Church