So what about the passages where God hardens peoples hearts? The main confusion people encounter in this regard has to do with Calvinist’s teachings that say passages which speak of God hardening human hearts prove God’s selective election & determinism from the foundation of the world. That God hardens the hearts of people not elected for heaven so they won’t receive salvation.

How can we reconcile the notion of the loving sacrifice of Jesus Christ (God made flesh) John 1: 1-5, willingly suffering and dying on the cross to pay for the sins of the world (John 3:16-17), with this frightful suggestion that God for no reason at all hardens people’s hearts to keep them from coming to Him ? It just doesn’t make any sense at all!

We need to take into consideration the whole counsel of the Word of God, & God’s character to make sure we are not misrepresenting Him.

Exodus 2:23-25 And it came to pass in process of time, that the king of Egypt died: and the children of Israel sighed by reason of the bondage, and they cried, and their cry came up unto God by reason of the bondage. And God heard their groaning, and God remembered his covenant with Abraham, with Isaac, and with Jacob. And God looked upon the children of Israel, and God had respect unto them. 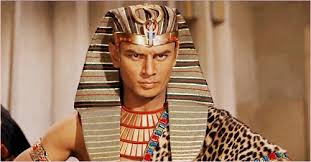 To the Egyptians the ruling pharaoh was a god, the son of the sun-god Ra.

This verses shows God’s Foreknowledge & also that Pharaoh already had a hardened heart, he was prideful & didn’t recognized God’s authority (Ex.5:1-2). God knows the heart of men (Prov. 21:2, 1 Sam.16:7).   (So there is always the possibility that the hardening was caused indirectly, that God did things (plagues) toward Pharaoh and his people that caused the heart of Pharaoh to react in a hardening way & God knew this would happen.  – But let’s put this possibility aside & even if it was done directly, still doesn’t prove election or determinism).

We read that in the first five plagues, and in the seventh, Pharaoh hardened his own heart. What is stated as a future statement in Exodus 4:21 becomes an accomplished statement in Exodus 7:13, with Scripture using the same verb and form of the verb (harden -H2388) as was found in Exodus 4:21. And even after that we read pharaoh hardening his own heart several times, meaning he had a choice.

God’s hardening could simply refers to the resolve in Pharaoh’s heart to keep the Israelites & not let them go. A resolve he had already formed in his own heart, so that he might continue his resistance until God’s redemptive purposes were fulfilled.

But there is a very important explanation:

Theologian James Macknight (a Presbyterian/Calvinist minister) explains, “Active verbs were used by the Hebrews to express, not the doing, but the permission of the thing which the agent is said to do.” In Exodus, the Lord gave Moses instructions concerning the Passover: “And when I see the blood, I will pass over you; and the plague shall not be on you to destroy you when I strike the land of Egypt.”10 Read literally, this verse says that it is the Lord who will “strike” the firstborn of Egypt dead. The verse, however, is an idiom. According to Jackson, “It is fairly well known among advanced Bible students that there is a common idiom (figure of speech) in sacred literature, by which God is said to actively do that which, in reality, he merely allows…”11 While many verses in the Bible can be read literally, reading every verse literally will result in a wrong understanding of the nature of God”

Many other theologians say the same, e.g. Anglican E.W Bullinger (1837-1913), In his work on biblical figures of speech, Bullinger listed several ways that the Hebrew and Greek languages used verbs to mean something other than their strict, literal usage. He listed several verses that show that the languages “used active verbs to express the agent’s design or attempt to do anything, even though the thing was not actually done”. He deals with active verbs that “were used by the Hebrews to express, not the doing of the thing, but the permission of the thing which the agent is said to do”. Commenting on Exodus 4:21, Bullinger stated: “ ‘I will harden his heart (i.e., I will permit or suffer his heart to be hardened), that he shall not let the people go.’ So in all the passages which speak of the hardening of Pharaoh’s heart. As is clear from the common use of the same Idiom in the following passages. .”  He then listed Jeremiah 4:10, “ ‘Lord God, surely thou hast greatly deceived this people’: i.e., thou hast suffered this People to be greatly deceived, by the false prophets….’

In the same way that English & any other language has idioms, the biblical languages (Hebrew & Greek) had idioms, colloquialisms, Semitisms, and word usages that are distinctive to them, & that  those familiar with the language would understand.

But I haven’t seen any modern Calvinist teacher taking into account this ‘ figure of speech‘ regarding the hardening of Pharaoh’s heart. Why?

The hardening of Pharaoh’s heart was done by himself, & God only allows that he would remain in his chosen rebellious condition until the redemptive purpose of the Passover was accomplished. God provided the circumstances and the occasion for Pharaoh to be forced to make a decision. But the Scriptures never suggests that God refuses Pharaoh the ability to refrain from his morally evil actions.

Pharaoh and Egypt had brought this judgment on themselves for the 430 years of slavery and mass murder of God’s people. God gave Pharaoh up to his own sin. But, Pharaoh & his servants were hardened already by their own sin & rebellion against God. The plagues, as terrible as they were, were mainly on the gods of Egypt & actually demonstrate God’s mercy in not completely destroying Egypt, like He did to Sodom & Gomorrah.

It is extremely important to see that Pharaoh had a free will, or freedom of choice, before & throughout the whole process:

Why did God asked him this, if Pharaoh wasn’t able to repent? Was God lying? “God forbid: yea, let God be true, but every man a liar” Romans 3:4

This verse proves Pharaoh & his men were able to repent if they wanted to do so, they had a choice. Denying this & omitting this verse (& others that disprove election & determinism) while teaching only the ones that may show their bias on election, is wrong!! Those who teach that God’s hardening Pharaoh’s heart means he was predestined for hell, are in error & unwillingly are making God a liar.

Those hardened or cut off are NOT born in this condition, but have “grown hardened” over years of rebellion, their hearts or conscience then becomes dull or hardened because of continual & unrepentant sin (iniquity) in their lives (Acts 28:24-27, Matt. 19:8, 1 Tim.4:2, Rom.2:5, Heb 3:13).

So much damage have been done through Calvinism’s ideology that portrays God as a liar, who says He loves all men but really doesn’t, and who says He desires all men’s salvation, but secretly plots their demise. How can anyone trust in this god ?  Many people reject Christianity because they have been presented with a pseudo-Christian gospel or as apostle Paul called “a different gospel” (Galatians 1:6), that is diluted and distorted. Many skeptics e.g. Kendall Hobbs, (A Christian who was deeply influenced by the works of Presbyterian or Calvinist pastor Francis A. Schaeffer), added Pharaoh’s story in his essay titled “Why I Am No Longer a Christian,”  to a list of alleged atrocities committed by the God of the Bible.