Gospel according to John, Chapter 8:  Read &/or listen from the Bible.

1But Jesus went to the Mount of Olives. 2 Early in the morning He returned to the temple. All the people came to Him, and He sat down and taught them. 3 The scribes and Pharisees brought a woman caught in adultery. When they had put her in the middle, 4 they said to Him, “Teacher, this woman was caught in the very act of adultery. 5 Now Moses in the law commanded us to stone such, but what do You say?” 6 They said this, testing Him, that they might have something of which to accuse Him.

9 Being convicted by their conscience, those who heard it went out one by one, beginning with the eldest even to the last. Jesus was left alone, and the woman standing in the midst. 10 When Jesus had stood up and saw no one but the woman, He said to her, “Woman, where are your accusers? Did no one condemn you?”

12 Then Jesus spoke to them again, saying, “I am the light of the world. He who follows Me shall not walk in darkness, but have the light of life.”

We recall that members of the Sanhedrin had met the day before and that there was a division of opinion as to whether Jesus was the Messiah or not. Only Nicodemus (a member of the Sanhedrin) had defended Him. Then the Jews returned to their homes and Jesus went up to the Mount of Olives.

Early in the morning Jesus returned to the temple & was teaching to the people that came to Him, but He was interrupted by the scribes & Pharisees that brought to Him a woman caught in adultery.

This religious people knew the law, see Lev.20:10, the man & the woman committing adultery were to be put to death. They only brought the woman not the man, their intentions was to get Jesus in trouble with the law to accuse Him. John mentions in verse 20, that He was in the treasury (the offering’s place) a forecourt of the Temple which was part of the court for women, the women could not enter the other areas, this explains why the Pharisees where able to bring the adulterous woman to this area.

We don’t know what Jesus wrote on the ground with His finger but it is interesting to note that the book of Jeremiahin chapter 17, verse 13 says: “O Jehovah, hope of Israel! All who leave you will be put to shame; and those who turn away from you will be written in the dust, because they left Jehovah , spring of living waters “.  These religious people knew this for sure.

This incident remind us what John 3:17 says:

17 For God did not send His Son into the world to condemn the world, but that the world through Him might be saved.

“And this is the condemnation, that the light has come into the world, and men loveddarkness rather than light, because their deeds were evil. 20 For everyone practicing evil hates the light and does not come to the light, lest his deeds should be exposed..” (John 3:19-20)

The Feast of Tabernacles also called Feast of Booths or Sukkot in Hebrew lasted seven days of feasting, but the eighth day was to be “a holy convocation” when they were to cease from work and offer another sacrifice to God (Leviticus 23:33-44). It marked the end of their religious calendar year, & this feast was a time of joyous celebration called “season of our rejoicing” as the Israelites celebrated God’s provision for them. A water-drawing ceremony began the festivities every morning.

The day in this passage was the 8th day or their holy convocation, that ended with a torchlight procession with caravans of Jewish pilgrims from far away lands that went up to the temple in Jerusalem, in a great ceremony called the “Illumination of the Temple,” which involved the lighting of four golden oil-fed menorahs, 75 feet high, in the Court of Women. Jesus took this opportunity to tell them ‘I’m the Light of the world’. 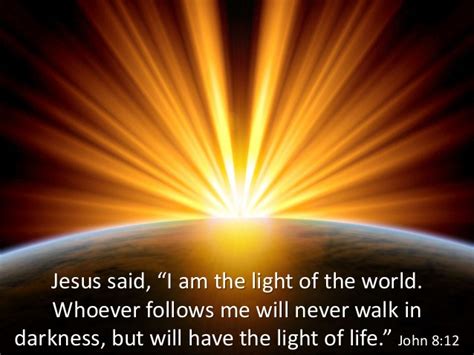 13 The Pharisees therefore said to Him, “You bear witness of Yourself; Your witness is not true.”

14 Jesus answered and said to them, “Even if I bear witness of Myself, My witness is true, for I know where I came from and where I am going; but you do not know where I come from and where I am going. 15 You judge according to the flesh; I judge no one. 16 And yet if I do judge, My judgment is true; for I am not alone, but I am with the Father who sent Me. 17 It is also written in your law that the testimony of two men is true. 18 I am One who bears witness of Myself, and the Father who sent Me bears witness of Me.”

19 Then they said to Him, “Where is Your Father?” Jesus answered, “You know neither Me nor My Father. If you had known Me, you would have known My Father also.”

Because of Jesus’ message & miracles they could see that He came from God, even a pharisee like Nicodemus recognized that : “Rabbi, we know that You are a teacher who has come from God. For no one can do these signs that You do unless God is with him.” Jn.3:2. But because of their pride & self righteousness they judged Jesus according to their evil hearts & willingly rejected Him.

“Whoever denies the Son does not have the Father either; he who acknowledges the Son has the Father also“. 1 Jn.2:23