Gospel according to John, Chapter 10:  Read &/or listen from the Bible.

Here in part 2, we will continue with the rest of John chapter 10: 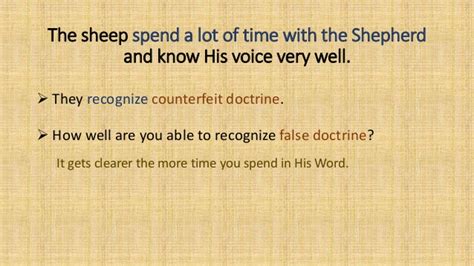 22 The Feast of the Dedication was at Jerusalem, and it was winter. 23 Jesus walked in the temple in Solomon’s Porch. 24 Then the Jews surrounded Him, saying, “How long will You keep us in suspense? If You are the Christ, tell us plainly.”

25 Jesus answered them, “I told you, and you did not believe. The works that I do in My Father’s name bear witness of Me. 26 But you do not believe, because you are not of My sheep, as I said to you. 27 My sheep hear (G191: to give ear to a teaching or a teacher, to hearken ) My voice, and I know them, and they follow Me. 28 I give them eternal life. They shall never perish, nor shall anyone snatch them from My hand. 29 My Father, who has given them to Me, is greater than all. No one is able to snatch them from My Father’s hand. ”

This is very important to understand, we are His sheep when we believe His Word & as a consequence we follow Him, on the other side the inability to hear/believe Him shows that they are not of His sheep & they will follow strangers.

The Feast of Dedication is called today Hanukah, Jesus was not celebrating inside the temple, He was at Solomon’s Porch a covered area next to the temple that people gathered to socialize and discuss before or after their sacrifices and prayers at the temple, and therefore a good place to share the Gospel. 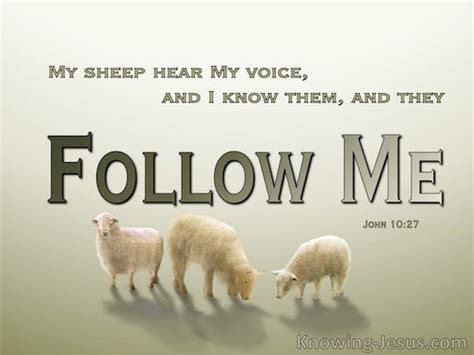 . . .30  My Father and I are one.  31 Then the Jews took up stones again to stone Him. 32 Jesus answered them, “Many good works I have shown you from My Father. For which of those works do you stone Me?”

33 The Jews answered Him, saying, “For a good work we do not stone You, but for blasphemy, and because You, being a Man, make Yourself God.”

34 Jesus answered them, “Is it not written in your law, ‘I said, “You are gods” ’? 35 If He called them gods, to whom the word of God came (and the Scripture cannot be broken), 36 do you say of Him whom the Father sanctified and sent into the world, ‘You are blaspheming,’ because I said, ‘I am the Son of God’? 37 If I do not do the works of My Father, do not believe Me; 38 but if I do, though you do not believe Me, believe the works, that you may know and believe that the Father is in Me, and I in Him.” 39 Therefore they sought again to seize Him, but He escaped out of their hand.

Jesus’ declaration in John 10:30, “I and My Father are one,” claim equal status with God the Father, The Jews accuse Him of being a man that makes himself equal to God, but Jesus is not just a man, He is declaring His deity. We learned in John 8:58 the Jews also tried to stone Him for the same reason. The Pharisees were using the law to stone Jesus for a sin of blasphemy without a real cause or support from the Jewish law.

Jesus answer is referring to Psalm 82:1-8 which calls unjust judges, “gods” when the only righteous judge is God. The word “gods” here refers to judges, people who had positions of authority and rule, that represented or was bringing the words of God, but is not speaking of Divinity, this judges were unjust men . This meaning is seen in Exodus 7:1 “And the LORD said unto Moses, See, I have made thee a god to Pharaoh” . This simply means that Moses was speaking God’s words and would therefore be God’s representative before Pharaoh. The Hebrew word Elohim (H430) also means rulers, judges and is translated “judges” 28 times in King James. That word or expression was used only in the Old Testament, & when Jesus used it He was quoting from Psalm 82:6. (I have said, Ye are gods; and all of you are children of the most High. But ye shall die like men, and fall like one of the princes).

40 and went away again beyond Jordan into the place where John at first baptized; and there he abode. 41 And many resorted unto him, and said, John did no miracle: but all things that John spake of this man were true. 42 And many believed on him there.

The place where John first baptized is most likely Bethabara on the other side of the Jordan River, see John 1:28

John the Baptist didn’t perform any miracles, but he presented a true testimony of the Messiah. Jesus is the Messiah, the Christ. He was the one to come.