For false christs and false prophets will rise and show signs and wonders to deceive, if possible, even the elect. But take heed; see, I have told you all things beforehand.  Mark 13:22-23

July 25th – Signs & Wonders! Five Things You Should Consider   -‘The mark of a true minister of God is humility and not pride.’

JUNE 10 – Mel Gibson Is Working on a The Passion of the Christ Sequel: Report

–Who are really the children or sons of God according to the Bible? :

“But as many as received him, to them gave he power to become the sons of God, even to them that believe on his name JOHN 1:12, (The bible is here talking about receiving & believing in Jesus). Jesus himself said He is the only way to the Father (JOHN 14:6).

We all are God’s creation but not all are sons of God, we only become sons trough Jesus, by receiving & believing Jesus Christ the son of God who paid for our sins so we can be part of God’s family & be save, & this is available to ALL, unfortunately not everybody wants to believe or receive him.    – Do you believe God & His Word, or rather men who make mistakes?

Jan. 2016– Trump after endorsing Mormon Romney in 2012 , and being anointed by ecumenical leaders on Oct. 2015, is now working to unite Christianity?

Now the Spirit expressly says that in latter times some will depart from the faith, giving heed to deceiving spirits and doctrines of demons,” 1 Timothy 4:1

UNREPENTANT: Documentary of crimes committed by the Vatican & others to the Native People of Canada. Sadly because of this many don’t believe in Christianity anymore.  See also Murder By Decree 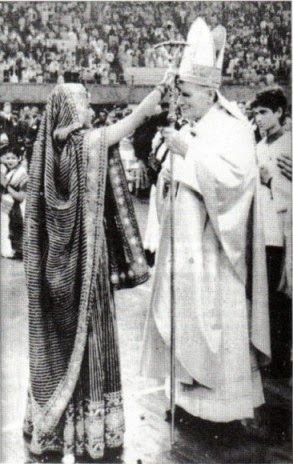 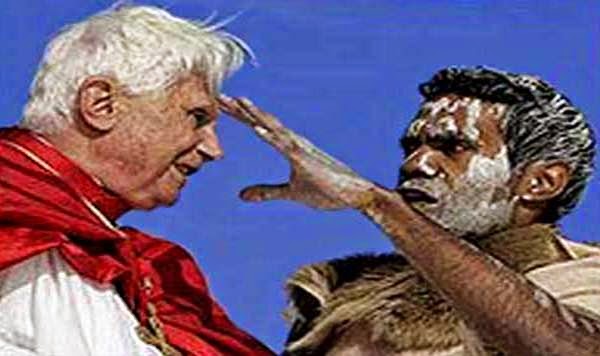 Pope Benedict XVI being blessed by a Witch doctor