In 2019 Kushner said that the Trump Administration’s Middle East Peace Plan Would Not Be Called a ‘Two-State‘ Solution, but now a year later he says, this is the first time Israel has agreed on a Palestinian state. On Aug 17, 2020, addressing Israeli reporters, Kushner stated:

“The president laid out his vision for peace in January this year … and this is the first map ever agreed to by one of the parties publicly put out in a peace negotiation. We got Israel to agreed to negotiate on the basis of the process of division, they agreed to the map and agreed to move forward on a Palestinian state.

This was a major breakthrough that changed the view of a lot of people in the region about Israel’s seriousness to actually make concessions to resolve this longstanding conflict,” . . .

“There is a generous offer of a state and an exchange of territories, and we offer the Palestinians a return to the table,” Israel National News

Christians & true Jews know well what the Scriptures say about dividing the land, it’s in their Tanakh or the Old Testament. But America has been pushing this division for decades.

Thus he shall do in the strongest of fortresses with a foreign god. He shall give great honor to those who acknowledge him, and shall cause them to rule over the many and shall divide the land for gain. Dan.11:39

I will also gather all nations, And bring them down to the Valley of Jehoshaphat; And I will enter into judgment with them there On account of My people, My heritage Israel, Whom they have scattered among the nations; They have also divided up My land. Joel 3:2

We see now what it seems 2 different peace plans, one by world religious leaders in Abu Dhabi with the Pope & another one by world political leaders, notice the Prince of Abu Dhabi is involved in both of them. Both plans are called after ‘Abraham‘, but also the US president statement: “I made clear that the problems of the Middle East can only be solves when people of all faiths come together” brings both plans together as one & the same. In other words PEACE in Middle East can only be achieved by uniting all religions.

In the book of Revelation, chapter 13, we see the false prophet (a world religious leader, who is like a lamb but speaks like a dragon– a fake Christian) working as the right hand of the Beast or Antichrist (a political leader).  I’m not saying Prince of Abu Dhabi, nor Trump are the Antichrist, but still this treaty they are making is very significant. Do Christians realize what is really happening? The future of America doesn’t look good, both party candidates are in the plans of advancing the Antichrist system. The Church needs to wake up & pray like never before!

The president has stated in several occasions that his son in law is the only person capable of bringing peace to the Middle East (but we know according to the Scriptures that only the Antichrist will be able to accomplish that) & he was tasked with drawing up the new Israeli-Palestinian peace plan which was presented on January of 2020. (More details here).

The Bible says in Dan.7:29  “And he shall confirm the covenant with many for one week“ (a week of years or 7 years).

Is this prophecy mentioned on Dan.7:29 about to happen soon? I believe so. But I also believe that after signing this peace plan, there will be a rest for a short period of time 2-3 years, then a war will breakout, probably with Iran or Syria, & then the Antichrist will be revealed to bring peace & will confirm that peace covenant for 7 years with many, not only Palestinians.

On Dec.2017 I saw this news – Will Trump Hasten the Arrival of the Messiah? Jews and Evangelicals Think So.   – But Evangelicals know that Jews & Christians, are not waiting for the same Messiah!!

Jews are NOT waiting for Jesus, they continue rejecting Him! Sadly the messiah they will accept is the Antichrist!! They are working & making everything ready for him. And our presidential family & many Christians, are playing a big roll in helping Antichrist & His kingdom to come to power. It isn’t God who wants to bring the Antichrist on the scene, but the Antichrist advent is by the works of Satan!

God may control when Satan will be allowed to do this, but God will not be part nor excuse that man’s wickedness.

If we Christians want to help to hasten Jesus’ coming for His church, then let us preach the true gospel to every creature, let us lift up our brethren in prayer or let us warn them of the deception that is taking place right now, but please, for your own sake (& of your love ones), do not take side with the enemies of God!

Jesus says to His followers:

20 Remember the word that I said to you: ‘A servant is not greater than his master.’ If they persecuted Me, they will also persecute you.  . . He who hates Me hates My Father also. John 15:20-23

But the Word of God says regarding Jesus: 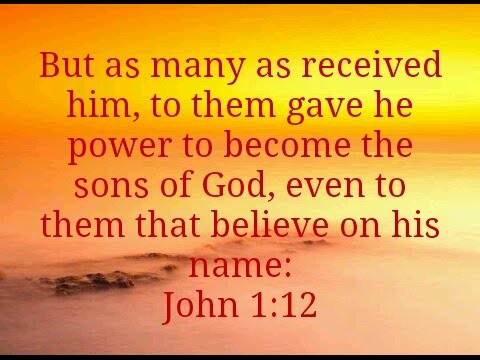 The children of God are not the descendants of Abraham in the flesh, but  are spiritual descendants, who all share the faith in the true Messiah Jesus, the Seed, (who are born of the Spirit of God)  people who belongs to all races, tongues & nations.

Jesus the Son of God, the Messiah is the only way : “Jesus said to him, “I am the way, the truth, and the life. No one comes to the Father except through Me” Jn. 14:6. Are we Christians witnesses of the Truth, or are we compromising? who are we really following?

To commemorate this Abraham Accord another coin was minted by the Sanhedrin.  The coin is filled with a lot of symbolism & also verses from the Koran & the Old Testament! (Many Christians are buying their coins, helping them!).

Back side of the Abraham Accord commemorative coin, Graphic from temple-coins. com

Their page say those who buy it will be blessed & become partners with the ‘peace process’ itself. Engraved on the coin is a sword that morphs gradually into  medical, agricultural, technological advancement, & symbols of peace, but why is everything moving towards Saturn? Saturn aka ‘the lord of the rings’ is the 6th planet, pagan god for 6th day or Saturday, its symbol is a 6-pointed star, it supposedly has hexagon weather formations, see more.

33rd degree Mason, Manly P. Hall in his book “The Secret Teachings of all ages” says the god pan is “a symbol of Saturn because this planet is enthroned in Capricorn, whose emblem is a goat” – Pan (were the words panic & pandemonium comes from) is also known as the androgynous Goat of Mendes & Baphomet). But the makers of the coin say this was inspired by the words of the prophet Isaiah 2:4, “And they shall beat their swords into ploughshares”.

They are using the 3 faiths/religion to unite them. US ambassador for Israel (a Jew) stated “The familiar Bible character is referred to as ‘Abraham’ in the Christian faith, ‘Ibrahim’ in the Muslim faith, and ‘Avraham’ in the Jewish faith, and no person better symbolizes the potential for unity among all these three great faiths.” that’s the reason behind the name ‘Abraham’, the bible & Koran quotes in the coin. The mediator of this peace treaty is Trump, representing Christianity, but both Judaism & Islam reject Jesus as the son of God. To the left of the coin you will find in English a quote from  the Koran, Anfal 61, which is written also in Arabic upper right, & center right in Hebrew says “For I will give you lasting peace in this place” quoting from Jeremiah 14:13. But they are really  misquoting the Scriptures. Jeremiah 14 really says:

‘The word of the Lord which came to Jeremiah concerning the drought: . . .

11 Then the Lord said to me: Do not pray for the good of this people. 12 When they fast, I will not hear their cry. And when they offer a burnt offering and an oblation, I will not accept them. But I will consume them by the sword, and by the famine, and by the pestilence.

13 Yet I said, “Ah, Lord God! Here the prophets say to them, ‘You shall not see the sword nor shall you have famine, but I will give you assured peace in this place.’ ”

14 Then the Lord said to me: The prophets prophesy lies in My name. I have not sent them nor have I commanded them nor have I spoken to them. They prophesy to you a false vision and divination, and emptiness, and the deceit of their heart. 15 Therefore thus says the Lord concerning the prophets who prophesy in My name though I did not send them, yet they say, “Sword and famine will not be in this land.” By sword and famine those prophets will be consumed. 16 The people to whom they prophesy will be cast out in the streets of Jerusalem because of the famine and the sword. . . Jer. 14:1-16

Why would any Christian who knows the Lord & read His word want to be part of this lie? Beloved, time is VERY short! Please consider your ways, repent & run back to the arms of your loving Father.

As we expected these peace covenant didn’t go away because of a new administration, not only stills continue, but it has deepened.