I believe that the Church will be here to see the great deception with SIGNS & WONDERS that Jesus talked about in Matthew 24:24.

“3 As He sat on the Mount of Olives, the disciples came to Him privately, saying, “Tell us, when will these things be, and what will be the sign of Your coming and of the end of the age?”

4 Jesus answered them, take heed that no one deceives you. 5 For many will come in My name, saying, ‘I am the Christ,’ and will deceive many.  .

21 For then there will be great tribulation, such as has not been since the beginning of the world until this time, no, nor ever shall be. 22 And unless those days were shortened, no flesh would be saved; but for the elect’s sake those days will be shortened.

Those great signs & wonders are made to deceive us, they are from the enemy. Many people think signs & wonders come only from God by the enemy can do some of them too, specially if he can use deception, technology & things people don’t know exist. See also 2 Thess.2:9, Rev.16:14, etc.

Some interpret that the elect can’t be deceived. Notice the original Greek doesn’t say “if it were possible” or “if that were possible” but ‘if possible’, Greek words G1487= If & G1415= Capable, Possible. See other translations. But also this was a private conversation (see vs.3) & the warning that Jesus gave to His disciples on vs. 4 is very clear. “Take heed that no one deceives you“. He is talking to His disciples here. Aren’t the disciples part of the elect?

We are not infallible, only God is. Our only hope is to stay close to Him & know well His Word (no men interpretations). We believe eternal security is IN Christ alone. But it’s a continual abiding IN HIM. “if you continue in the faith, grounded and settled, and are not removed from the hope of the gospel, which you have heard“, Col. 1:23.  Jesus is salvation! Salvation is not a present that we can use apart or away from Him, the present is HIM.

I believe it is possible that this great deception has to do with UFO & also religious holograms, among other things. Something like these but even better or greater scale. Check this & this one. There already are some Holograms that can talk & you can feel.

Sadly many Christians unknowingly are ready to fall away from their faith (apostasy) & welcome the false christ, because the deception is ‘great’, & many have been following false teachers, and because of it they don’t exercise discernment.

For example, see clip of Gen. Flynn reciting a prayer that he says always carries it in his wallet (a well know prayer among ma-sons & one of the most important prayer in occultism by Helen Blavatsky) that was also channeled in 1984 by occultist Elizabeth Clare Prophet (seen in the video ). This happened in a political rally called “Opening the Heavens 2021”, inside a church, of false teacher Hank Kunneman (a disciple of mason Kenneth Copeland, 1, 2), guiding hundreds of naive Christians to pray w/him this occultic prayer. Flynn (who says is a practicing Catholic) also says we are to form one world religion under one god, he never mentions Jesus. His rallies are broadcasted on ‘Flashpoint’ ( a Kenneth Copeland’s TV channel) together with people like Dutch sheets, Hank Kunneman, etc.

Kenneth Copeland, who married 3 times (which disqualifies him as pastor or deacon, according to 1 Tim. 3:2 &12, Titus 1:6), says “You don’t have a God in you. You are one.” & teaches many other heresies of the Word of Faith Movement that he belongs to. He also falsely states that the LORD told Him in a Prophecy that Jesus was not God during His earthly Ministry (Believer’s Voice of Victory – Feb 1987).

Gen. Michael Flynn prayed the same as occultist Elizabeth Clare but using ‘we’:
“We are instruments of those sevenfold rays and all your archangels, all of them,- (Christians are instruments of God not angels)
we will not retreat, we will not retreat
we will stand our ground, we will not fear to speak
we will be the instrument of your will whatever it is . (Their ascended master ‘El Morya’ is the lord of the 1st ray of the will of god, not our Almighty God).
In your name & the name of your legions  (He never mentioned Jesus, so what name is he talking about, Michael?)
we are freeborn & we shall remain freeborn!
& shall not be slave by any foe within or without! so help me god“.

In this book ‘The Hidden Life in free-ma-son-ry’, 2017 by Charles W. Leadbeater

I was a Catholic once & I can assure you this prayer/invocation is not a Catholic prayer, but an occultic one. Flynn has also praised the Shriners, a well known Luciferian Mas-onic organization.

Christine Morgan president of ‘Lucis Trust‘ (funded by occultist Alice Baley), acknowledges the christ they teach is not the same as the Christians Christ  (video min.16:00). She also says, that he is not gentle but is going to burn the barriers. They are preparing for the coming of their 7th ray ascended master & the new civilization (a NEW AGE of Aquarius).

The Theosophist Society logo is the ouroboros (an ancient symbol of a serpent eating its own tail, sometimes 1-2 snakes are also used forming an 8). Coincidentally an ouroboros is also used in the World Cup 2022 logo , but in case someone has any doubts, they use a very realistic one  for their official song ‘Dreamers‘. The opening ceremony, the mascot, some commercials, etc. all has to do with opening portals to other dimensions. 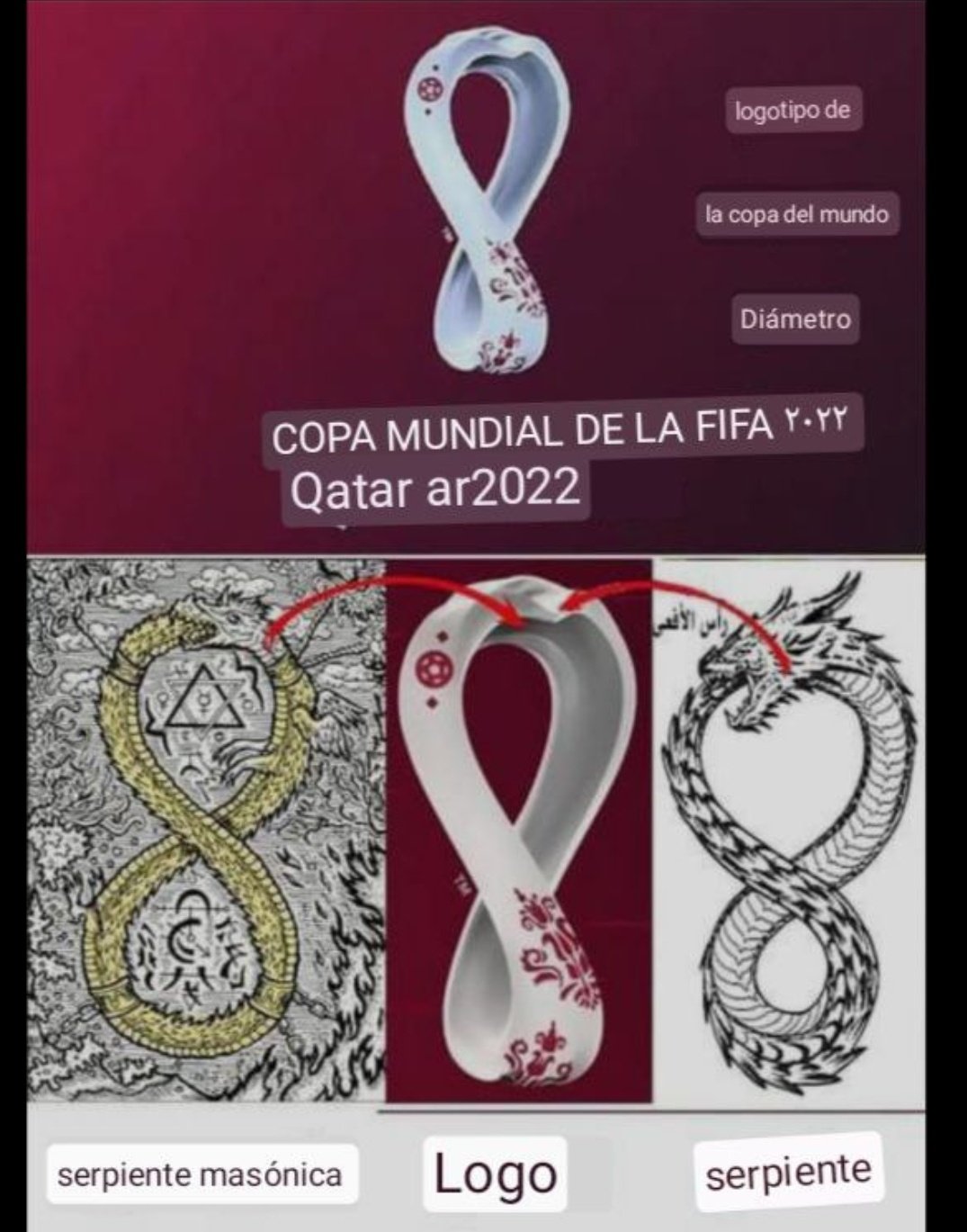 The symbol appears in a passage about the origin of the sun god Ra through a union with the death god Osiris, meant to illustrate creation through destruction. Ancient Egyptians also used the ouroboros to symbolize the flooding of the Nile. Dicitionary.com

The Morgan Freeman Speech ‘The Calling’ began showing tribes, a portal with the moon, the Sea, and a shark whale coming out of the sea, going to the Al Bayt Stadium (Al Bayt means=House/Tent, the one that looks as a big tent), it reminded me of Rev.13 ” Then I saw a beast come out of the sea“. (Morgan means= sea protector, sea chief, sea circle, etc.)

A movie released in July, 2nd, 2021 ‘The Tomorrow War” the beginning of the plot happens during the time of the World Cup of Qatar in Dic.2022, they show the stadium with some players, & when player (18) from Ecuador is running with the ball, then a portal from another dimension opens on the field, right in the middle of the game.

During each real soccer match of this World Cup you can see several times on tv. their logo (8) opening & forming a circle. Are portals being opened during the transmission of the games into the houses of the tv audiences?

Interesting enough the World Cup ends when Saturnalia (cult of Saturn) & Hanukkah start. Hanukah the ‘Festival of Lights’, is celebrated during 8 days  (from 18-26 Dec. 2022) but this festival is not biblical. The Hanukkah traditions we know come from the Talmud. The biblical menorah has 7 lamps, not 9 (Exodus 25:31-39). You can read more here, pg. 26, about the history behind it. 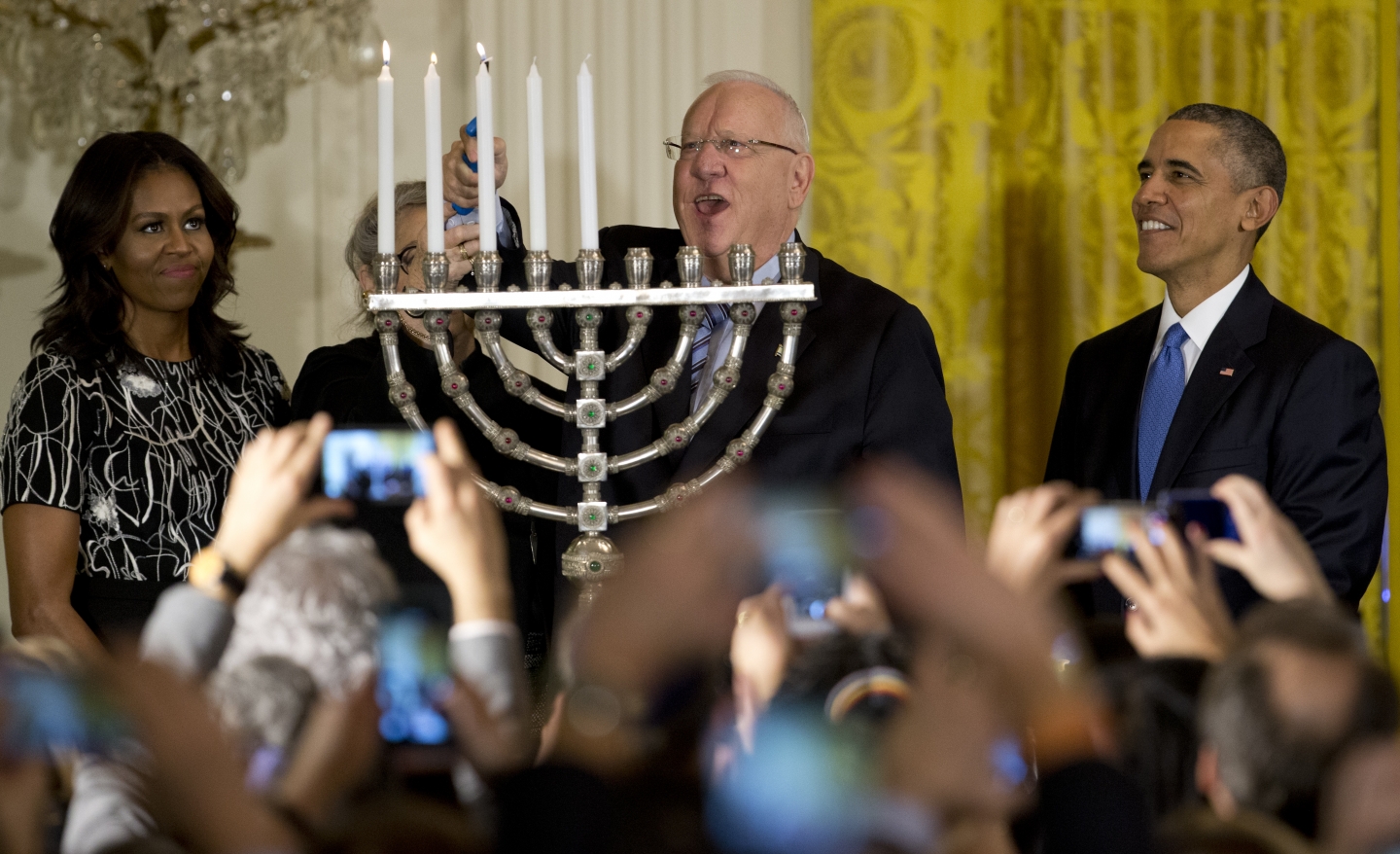 Hanukkah commemorates in particular the rededication of the Second Temple & it will remind them of their plans to build the 3rd one, which will happen very soon.

Because all those in power rejected the true Light, I believe they will give us even more darkness (incl. blackouts) & deaths right before their signs & wonders, so people desperate will accept their offers for a new religion & a new system.