(Links are not endorsements).

The Covid-19 vaccines are experimental. The vaccines received ‘Emergency use authorization’ but are NOT approved yet, until phase 3 trial ends & they do follow ups on 3,000 volunteers for 2 years. Moderna will finish phase 3 on Oct. 2022 & Pfizer on Jan. 2023. It normally takes 10-12 years to create safe and effective vaccines. Here we are rushing, using them already in humans without animal trials (Except Astrazeneca). So they are using humans as guinea pigs. (Sadly not the 1st time, also here). 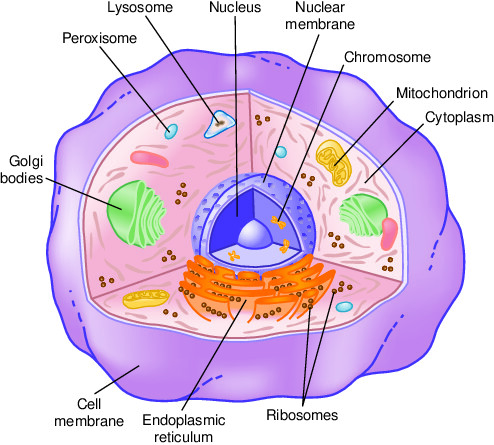 There are 3 leading vaccines & the new from J & J which is the less effective it was said 66%, but needs only 1 dose. But how they work & do the makers continue to use cells from aborted fetuses when there are other alternatives?  like umbilical cord tissue and adult stem cells, neither of which involve the destruction of human life. (It is impossible to create a live cell line from dead tissue, so they don’t use spontaneously miscarried fetus as I once thought).

Check facts of how “human embryonic tissues” were obtained for vaccine experiments. “Babies were aborted alive, placed in fridge to harvest cell lines used in some vaccines“. Which vaccines have aborted tissue & more info. here.

DNA inside an adenovirus. Source NY Times, see link below

Made in UK, (see Lawsuits (1),) use a modified chimpanzee adenovirus to wrap & use as a carrier system for a DNA molecule, that after injected goes to the nucleus of the cell where is read by the cell and copied into a molecule called messenger RNA, or mRNA.

The adenovirus is engineered so it can’t make copies of itself but incite the cell’s alarm system. The mRNA leaves the nucleus, (next part is same in all mRNA vaccines) & in the cytoplasm the ribosomes read their sequence and replicate the spikes proteins of the virus; the spikes protrude on surface of our cells, so the body will make antibodies against the spikes & kill the infected cells. The spikes get free when the modified cell dies. (here).

This vaccine uses in their production HEK-293 (HEK stand for human embryonic kidney & 293 means the number of aborted fetal experiments prior to establishing the cell line), and thus the final vaccine products will contain cellular debris and DNA fragments from the fetal HEK-293 cell line. Scientists harvested this cell line from the kidney (adrenal) of a female Dutch fetus aborted in 1972. The cell line was developed by Dr. Frank Graham in the Netherlands in 1973.

-Johnson & Johnson, Made in US & Belgium, also uses an adenovirus that works the same way as Astrazeneca. These are a little different than the other 2 leading vaccines. (They also had big lawsuits)

J & J uses in their production PER.C6, a proprietary cell line owned by Janssen, a subsidiary of Johnson & Johnson, developed from retinal cells from an 18-week-old fetus aborted in 1985 & was made a cell line in 1995.

-Pfizer & Moderna use a lipid nanoparticle (LNPs) to wrap a mRNA (the synthetic replica of a section of the geno inside of the virus) that stabilize it & after injected goes to the citoplasm of the cell to manufacture of coronavirus spikes, so our immune system can create antibodies against them. Once in the cells, the genetic material interacts with our transfer RNA (tRNA) to make a foreign protein that supposedly teaches the body to destroy the virus being coded for. So the vaccine is hijacking our protein-makeup machinery.

To see all the ingredients in these vaccines please go to Vaxxter.com

This process of introduction of genetic material in the cells is called transient (temporal) TRANSFECTION. (see applications  -genome editing). Generating Permanent (stable) Transfection starts with a ‘transient’ transfection. There is also a possibility for it to become stable on its own, to be taken up into our genome becoming a permanent part of our genome & our offspring. That’s the chance that people are taking.

-Moderna is a U.S. company founded in 2012 had no products until now, is based in Cambridge, Mass., & was shrouded in secrecy, it was working to make drugs with mRNA. Co-founded by HSCI (Harvad Stem Cell Instit.) scientist Derrick Rossi PhD. & M.I.T. Bioengineer Bob Langer PhD, ex-member of the FDA Science Board & who worked for B.Gates in the micro-needle vaccine, which came about because of a direct request from Microsoft founder Gates himself. The other 2 founders are Kenneth R Chien, and capitalist Noubar Afeyan.  Dr. Rossi was successful in taking some modified RNA and was able to reprogram a stem cell and change the function of that stem cell. So he proved that you can genetically modify organism by using modified RNA. -MODeRNA means Modify RNA.
Even Elon Musk tells ‘you can do anything with the right RNA sequence’.

-Pfizer-BioNTech vaccine is a partnership between a German startup that specializes in mRNA technology and American drug giant Pfizer (see their health care fraud settlement for 2.3 billions). Their vaccine has to be stored at -70°C (-94°F) – nearly twice as cold as the North Pole’s average temperature in the winter.

Both Pfizer & Moderna used HEK 293 kidney cells of aborted fetus from Netherland 1972 in their initial design (this cells were transfected with mRNA encoding), Moderna says not aborted cells were used as part of their production. But Children of God for Life (Catholics) compiled research (List) to show that Moderna “extensively” uses the “aborted fetal cell line HEK-293” in the “fundamental design of mRNA technology, their Spike protein and in the research, development, production and testing.”, More.

-There is another vaccine, ImmunityBio/NantKwest, which is headed for human use soon. It’s also a protein subunit vaccine. The vaccine uses adenovirus 5, & it will provide multiple routes oral, intranasal or subcutaneous. This last one is delivered through a skin patch with 400 tiny needles & a hydro-gel that contains a luciferase enzyme, its a “Quantum Dot Tattoo” funded by Bill Gates (& Moderna co-founder helped him).

For this vaccine researchers at the University of Pittsburgh used HEK-293 cells from willfully induced aborted fetus to manufacture the coronavirus’ spike protein—a vital part of its structure—which is used to trigger an immune response.

This 4 min. video explains how RNA vaccines work. -It sounds simple, but the devil is in the details. And they don’t tell us:

That the spikes have proteins that share high genetic and protein similarity with two human proteins, Syncytin-1 and Syncytin-2. Moderna’s trials did not ruled out if the new genetic material were homologous (or very similar) as other genetic sequences in the body. If homologous sequences are present, the body will be “taught” to attack itself.

Because of the similarity, vaccine-induced antibody responses could trigger a cross-reaction against syncytins, causing allergic, cytotoxic &/or autoimmune side effects affecting human health, and leading to loss of gestation.
Such an immune reaction would cause infertility (or spontaneous abortions) in vaccinated women for indefinite time. The trials were too short in duration to assess this outcome, and in reality were not designed to assess this outcome. I have read a lot of cases already of spontaneous abortions few days after the 1st dose of the vaccine, coincidence? See VAERS 2/12/2021.

Vaccines makers when giving documents to sign to the volunteers (males & females) they request not to get pregnant or conceive for 5 months. So obviously they know there are risks. But still they are recommending the vaccine to pregnant women!!

These vaccines may cause infertility also to men. But haven’t we heard about sterilization using vaccines before? See also here & here.

Also the Syncytin-1 is in the brain, & is related to the health of the central nervous system, an attack to the Syncytin can cause multiple sclerosis, convulsions, paralysis, etc.

Moderna has worked with NIAID, Fauci the Director (a research branch of NIH) for years, & they received $955 million of tax payers money from the U.S. government (Fauci) to support its coronavirus trials (later received more $ for the vaccine manufacture). Moderna partnered with National Institute of Allergy and Infectious Diseases (NIAID/Fauci). Both Moderna and the NIH are essentially engaged in patent infringement, as a core part of the technology – the LNP technology that is part of the vaccine delivery system- really belongs to a small Canadian biotech company called Arbutus. Still Fauci’s agency will collect royalties from the Moderna coronavirus vaccine. So the Moderna vaccine is really a NIH-Moderna vaccine! It should be illegal, that vaccine makers are the ones giving us orders to lockdowns, mask use, etc. until everyone has a vaccine. See other Moderna’s strategic collaborators: 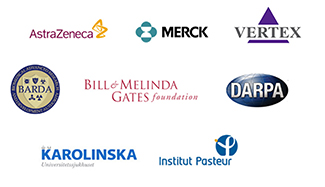 Even with all these facts the Media (& Factcheck, etc. -see more on who funds Factcheck) keeps falsely denying that Fauci (1) & Gates have links with Moderna. The Bill and Melinda Gates Foundation are also partners with Moderna, & they also indirectly supported the NIAID by funding  (with more than $160 millions) a group that was helping the gov. agency develop the coronavirus vaccine.     -Also important pls check video Bill Gates & Global Health.

Oxford-Aztrazeneca, Moderna’s partner, is tied to UK Eugenics Movement (1), but also Bill Gates who has a proven track record suggesting he may use vaccination to adversely impact population density and health (more here). He is involved in most vaccines production (including many other Covid vaccines, like J& J, India, etc), he comes from a family involved in eugenics, & is able to fund technologies outside the oversite of public funding.  Do you know that in 2015 he predicted a pandemic & shows a coronavirus? Also Fauci on Feb. 2017 (min 3:00 up) predicted a surprise pandemic outbreak for the administration that just passed. But all of them got further prepared by their pandemic exercise ‘Event 201‘ (1) on Oct. 2019, hosted by The Johns Hopkins Center for Health Security (which has connect. w/ Eugenic Rockefeller Fund. (1) since 1916 & w/ B & M Gates Found. since 1990’s) in partnership with the World Economic Forum (Founder K. Schwab also Eugenic, 1) and the Bill and Melinda Gates Foundation.

Under CDC and FDA standards (& legal Medical definition), a vaccine specifically has to both stimulate an immunity within the person receiving it, (CDC defines ‘Immunity: Protection from an infectious disease. If you are immune to a disease, you can be exposed to it without becoming infected’) & it also has to disrupt transmission. But they have been saying very clear that these vaccines do not keep you from getting infected with SARS-CoV-2, are only supposed to lessen your infection symptoms, & is not to stop transmission. Reason many doctors don’t consider them vaccines, but a treatment. This means the mRNA vaccines WON’T end the pandemic, but herd immunity from infected people will. Many doctors say we already got herd immunity from Covid-19, & even a John Hopkins professor Dr. Marty Makary says we will achieve it on April 2021 (next month), then why are more vaccines & health certificates, etc. needed? Who is really controlling the response for Covid-19 in U.S.? see here. Behind them, check here .

Godfather of Vaccines Admits to experiments on Orphans

Pre-vaccination screening for- for Health Professionals (Connecticut) check possible Side Effects, that they don’t tell the people getting the vaccines.